Blockchain and the Trust-less Economy

Gary, What makes a SMART NATION?

“The word SMART has become a technology panacea and a marketing gimmick. Ultimately, intelligent cities and nation states arose from the ability for subsistence-based communities to scale. This was a produce of a data revolution called WRITTEN LANGUAGE.

The word SMART can be used interchangeably with the word DATA. Written language allowed for cities to turn into nations with sophisticated, immutable legal and economy structures.

Here is a good example. This is a written record of silver holdings of the governor Iraq back in 2,500 BCE. These records allowed for societies to scale. 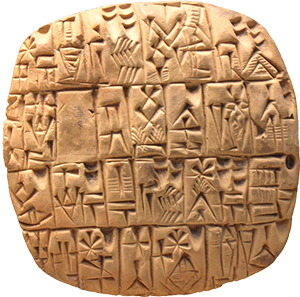 However, when we use the word SMART today, are we not referring to smart technology that is empowering cities to manage services more efficiently?

“That is true. But smart cities, smart homes and smart cars are in many ways based on the same data revolution that turned villages into cities and nations thousands of years ago. Data drives scale.

Think of a person as a computer. Having written language enabled one person to share data with other people and transmit instructions without smoke signals and megaphones. This was the first network architecture with central databases and hub-and-spoke nodes.

“Everyone likes to use the work “revolution”. It makes people pay attention. “Now” is always the revolution. But data is the true fuel of any human revolution. Is allows for scale which allows for innovation.

Here are pillars of any data revolution: The data needs to run on an open architecture. It needs to be permission-less (anyone can use it). It is decentralized, interoperable, it is a platform for products & services (and crucially for adoption) it needs to be a commerce enabler.

Written language had all these properties. From 2500 BCE to the Gutenberg Press everything was a derivative. Thing became more efficient. Bibles and laws could be easy drafted and promulgated. But this was evolutionary not revolutionary.

So then when do does data effect another revolution? Was that the first industrial revolution?

“The first industrial revolution was a technology revolution but I do not believe it was a data revolution. We went from hand production methods to machine powered production.

So when was the next data “revolution”?

“The next revolution was “TCP IP”. This was the language that allows one computer to speak to other computers. This protocol allowed data to scale beyond human limitations. (TCP/IP (Transmission Control Protocol/Internet Protocol) is the suite of language protocols used to interconnect network devices on the internet.)

Again: Here are pillars of any data revolution: The data needs to run on an open architecture. It needs to be permission-less (anyone can use it) – it is decentralized, interoperable, it is a platform for products & services and crucially for adoption, it is a commerce enabler.

All other data innovation on top of this language protocol need to be seen as evolutionary. HTML, HTTP, even the so-called revolution of the Internet of Things, is derivative.

All we have done since 1970 is add functionality to allow for scale and added products and services to allow for adoption.

Is machine learning and artificial intelligence another revolution?

Okay – I am going to lead the witness – I know you are going to talk about the BLOCKCHAIN. What make Blockchain technology (or in your words Blockchain “language”) a revolution and not a derivative data channel?

“Blockchain is the next data revolution (fast on the heels of the Internet). Edward Snowden and realization that there is an pervasive abuse of data coupled with the 2008 bank debacle, made many folk lose trust in the Internet language protocol. 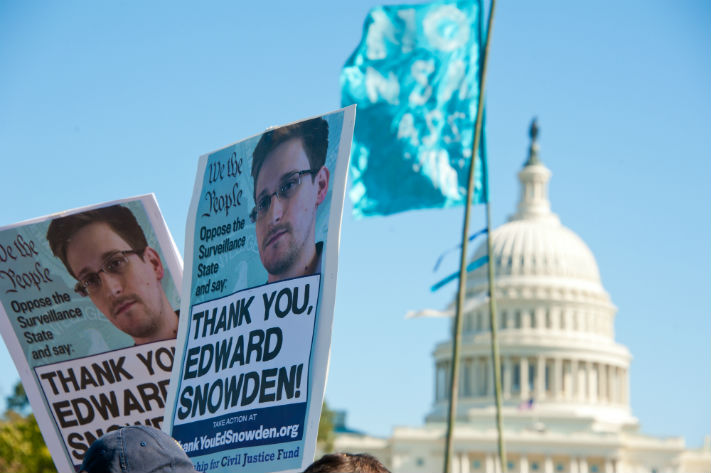 “The Blockchain (and the initial mined crypto-currency, Bitcoin) was a way to not only provide a permission-less language but a TRUST-LESS language. Blockchain takes out the banks and intermediaries brokers. No human handshakes are required.

Again, based on my data revolution tenets: The data needs to run on an open architecture. It needs to be permission-less or in this case TRUSTLESS – it is decentralized, interoperable, it is a platform for products & services and crucially for adoption, it is a commerce enabler.

Can you explain the word TRUSTLESS? I do not really understand what you mean.

“In the real world we walk into a bank or sign a contract with a person or institution based on reputation and trust. There is a handshake. Post Snowden and the 2008 Crisis, trust needed to have an absolute arbitrator.

By using the blockchain, we are using an algorithm that is build by consensus (thousands of computers globally) there is no bank manager, lawyer or witness counter signing this agreement. It is immutable. These is no need for TRUST in the convention sense.

So I will ask you again: What makes a SMART NATION?

“Smart nations have been around for many years. We just continue to become smarter. And I would say that the contemporary smart nations will be built on smart contracts and a TRUSTLESS economy.

This economy has few intermediaries and just like the Internet it will build scale and layer on products and service that will fundamentally change the way we run our nations and institutions.

Crucially, borders will be pulled down as jurisdiction has less meaning in the global blockchain. Maybe this revolution will reduce our dependancy on the nation state and that may be the SMART part of the revolution.

Thanks you Gary. We look forward to your keynote in Curacao on Nov 30th at the SMART INVESTMENT SUMMIT